The construction company EUROHOUSE. GR, member of the INTERHOUSE group of companies. GR, presents the complex of 21 independent, traditional, holiday houses, in Tsagarada Pelion, under the name “DRYADES” (NymphesInterhouse Group of Companies. GR has 70 completed projects in the real estate construction industry in the last 17 years.This implies manufacturing experience, know-how and quality assurance.

Tsagarada, the place where the complex “DRYADES” is located, is the most famous village of Pelion and is a sought after destination for visits and vacations all year round. It is also typically called the “green sea”, as it extends over three large ridges covered by a sea of ​​chestnut and plane trees. It has two enchanting beaches, Mylopotamos and Fakistra, where guests can enjoy the turquoise waters and rocky beauty. Their distance from “DRYADES” is only five minutes, and the view of the Aegean from the complex is unlimited.

In winter, the nearby ski resorts, located just thirty minutes from the complex, gain the interest of Tsagarada visitors. The variety of activities, depending on the interests and the season, that Tsagarada offers, is the element that ranks it among the most popular destinations.
In front of “DRYADES” stretches a labyrinthine network of cobbled streets and paths in which the visitor can enjoy the incomparable beauty of the place, admire the famous Pelion architecture of the many mansions and traditional buildings, and give his family calm and relaxation.

Tsagarada also has a plethora of taverns and restaurants where one can enjoy local cuisine and high quality services. Besides, the women’s cooperative is famous for its original traditional sweets. The buyer who will choose “DRYADES”, will invest in a property located in the heart of the village just two minutes walk from the central square of Taxiarches, and which at the same time will be able to offer nature-loving pleasures, multiple entertainment options, but also possibility of isolation and relaxation.

The design of each house is unique, as special emphasis is given to the construction detail. In all the houses, however, the special elements of the Pelion architecture are preserved. In addition, each has its own private space and parking space, as the independence and autonomy that every buyer certainly wants for his holiday home is sought.

The view from Dryades to the Aegean is one of the most beautiful that one can admire. Besides, it is not accidental that “Tsagarada” in Slavic means “beautiful view”. Click on the images below to enlarge them.

The whole region of Pelion is an inexhaustible source of myths, legends, history and cultural tradition, as it has been walked for millennia by gods, demigods, Centaurs, Titans, giants, nymphs and Dryads, kings, heroes and warriors. It was also the favorite resort of the gods of Olympus and a popular hunting ground for gods, kings and princes. The first beauty contest took place in Pelion between the beautiful goddesses Aphrodite, Athena and Hera.

The legend of the Dryads was created here, that is, the nymphs of the trees and the meadows. They were female figures, young, with divine origin and beautiful presence, living in the wild and wandering in the mountains, accompanying Artemis and playing with her. They lived in caves, where the water element dominated. In them they enjoyed the joys of love with Mercury or the Silinos. They lived as well as the springs, near which they lived. When they ran out, the Dryades went out.

‘When it rained, they rejoiced, because the trees were fed, or, respectively, they cried when the oaks lost their leaves. They were, after all, considered spirits of vegetation, symbolizing at the same time the uncontrollable power of nature, because just as water nourishes everything, so the Dryads were the feeders of plants, animals and people.

The legendary Centaurs also lived in Pelion, the most famous of whom was Chiron, the teacher of a number of famous men of his time, such as Achilles, Hercules and Asclepius. Chiron taught them the art of battle, and inspired them with their love of music and virtue. He also passed on to them his knowledge about the healing properties of herbs and plants that still grow in Pelion today.

There were many poets and people of letters, who in antiquity were inspired by Pelion, and in return praised it through their works. Here were also born and nurtured whole generations of skilled craftsmen who laid the foundations for what we now call traditional Pelion architecture. The passage of centuries has not managed to erase the signs of an era rich in art, as dozens of wood carvings, murals, ornate paintings and depictions of the daily life and tradition of our ancient ancestors, adorn the area and remind visitors of its respectable place. in antiquity.

Tsagarada is famous for the feast of flavors it offers to its visitors, as well as for the good local wine and tsipouro that can be found in abundance, fresh fish in summer and wild boar hunting in winter.

Some of the dominant flavors enjoyed by anyone sitting in the picturesque squares, two minutes walk from the complex, of Ag. Taxiarchis and Agios Paraskevi, are the spetsofai, the bean soup, the tourloumpouki, the stuffed zucchini flowers and the unique eggplant of Pelion, which are prepared with art and taste by the locals. The enjoyment and the warm atmosphere are complemented by the mountain pork, the wild boar, the oregano, and the grilled sausages, all fresh and pure selected by the local producers. The plethora of specialties satisfies even the most demanding visitor.

But it is not only good food! The sweets in Tsagarada are an equally enjoyable experience! The women’s cooperative of Pelion is known throughout Greece for its imaginative creations. Spoon sweets, such as chestnut, cherry and apple, amaze those who prefer them.
Thus, gastronomy perfectly complements the range of pleasures that can be found in this place! 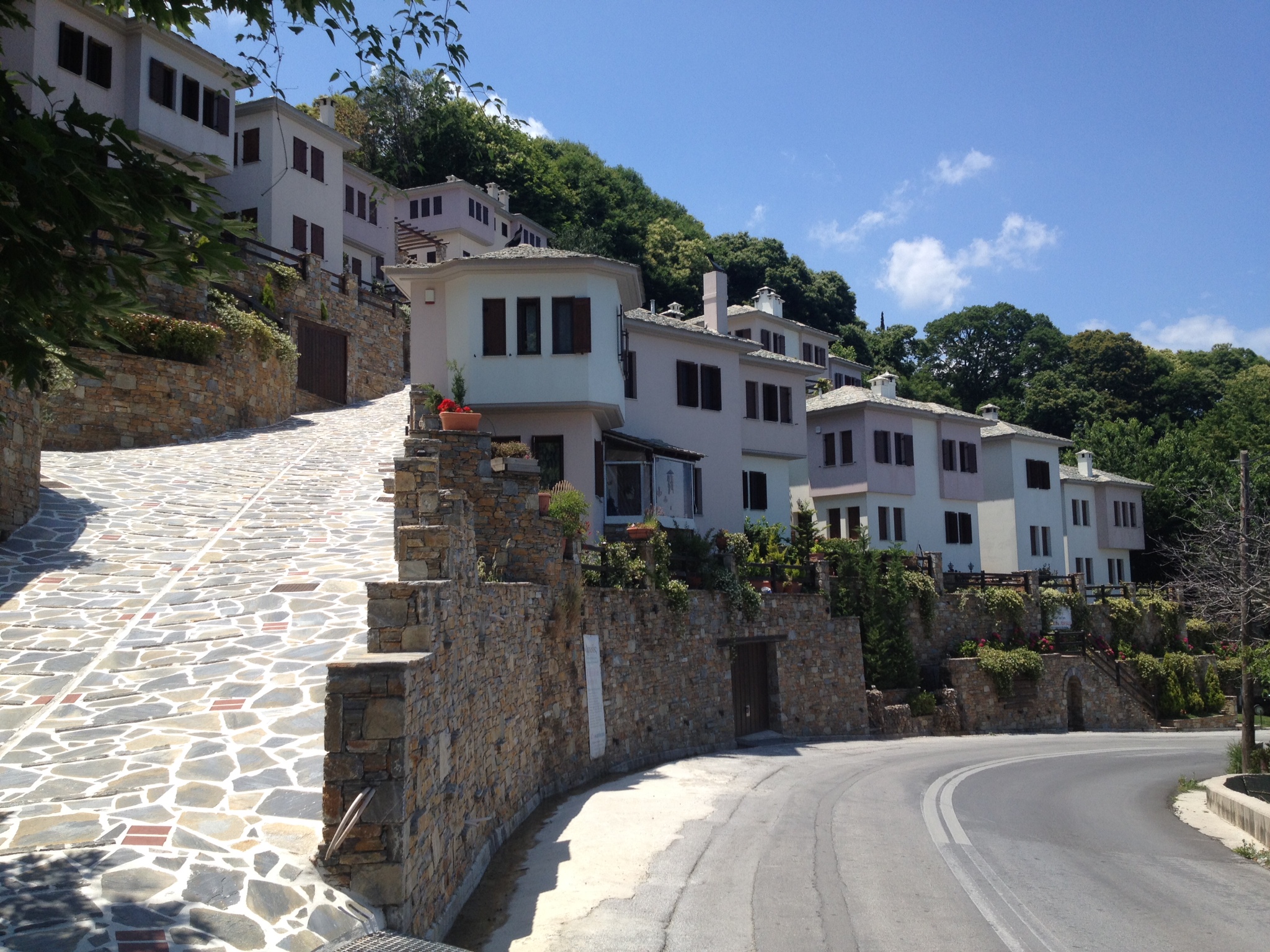 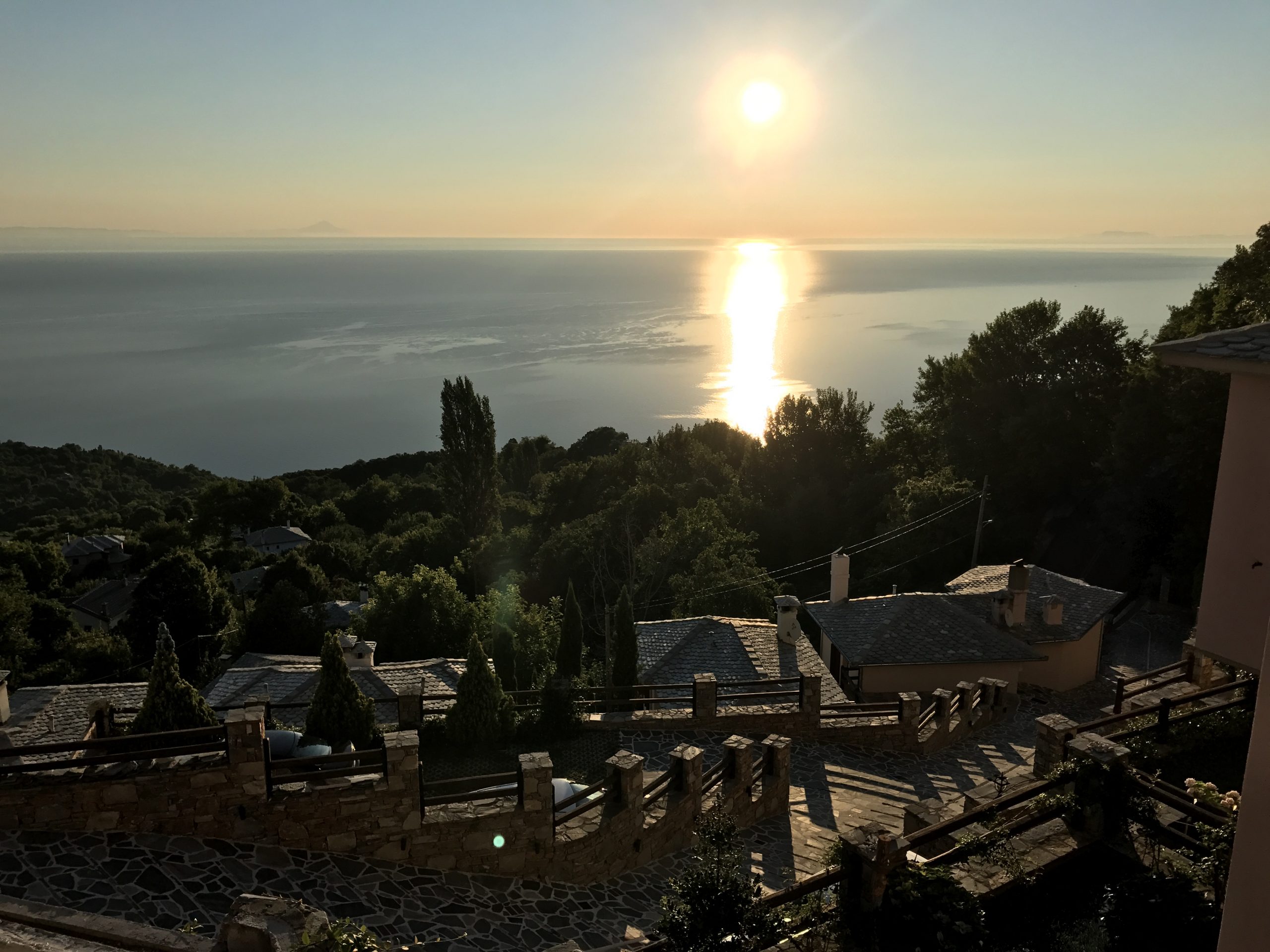 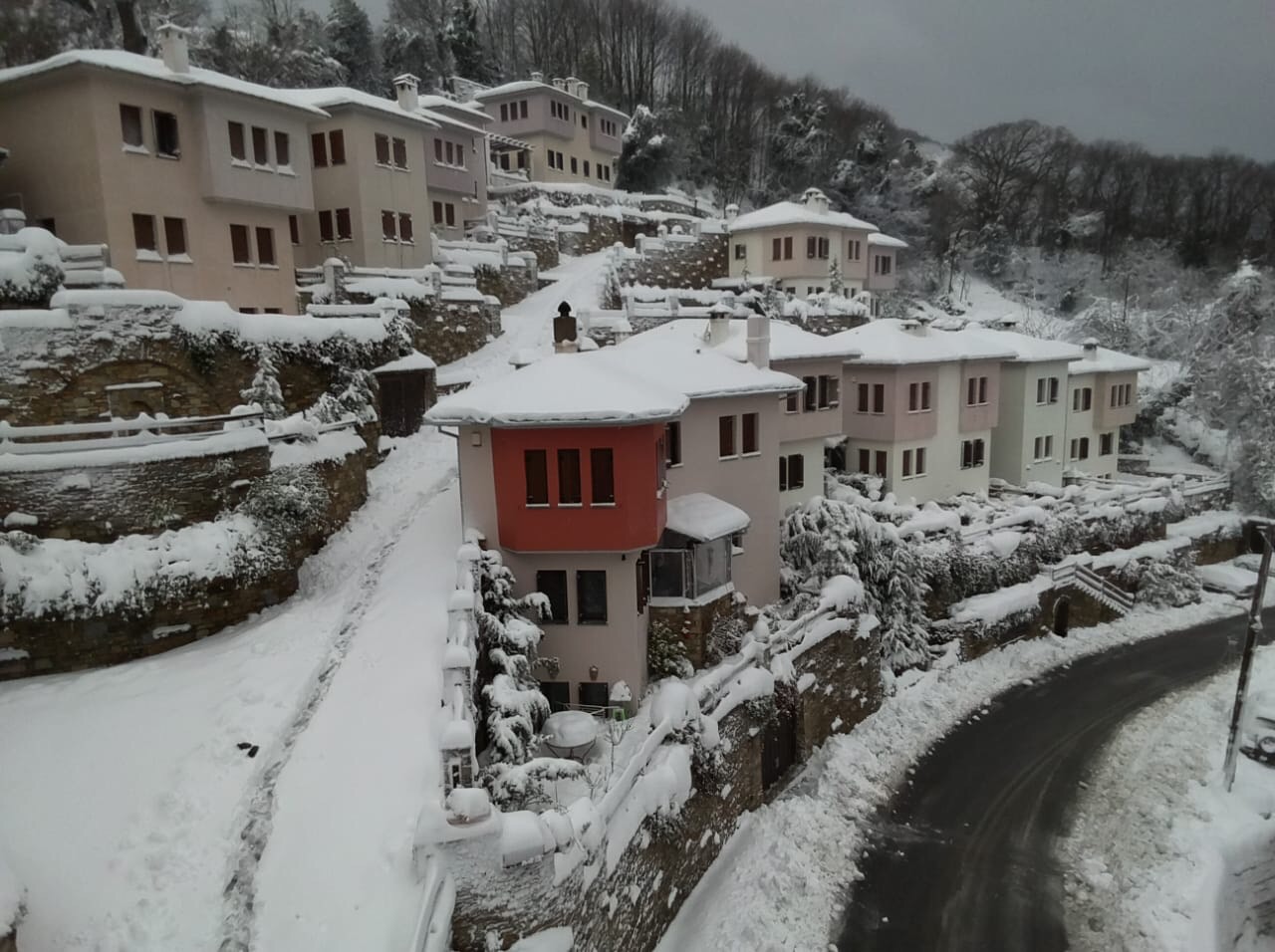 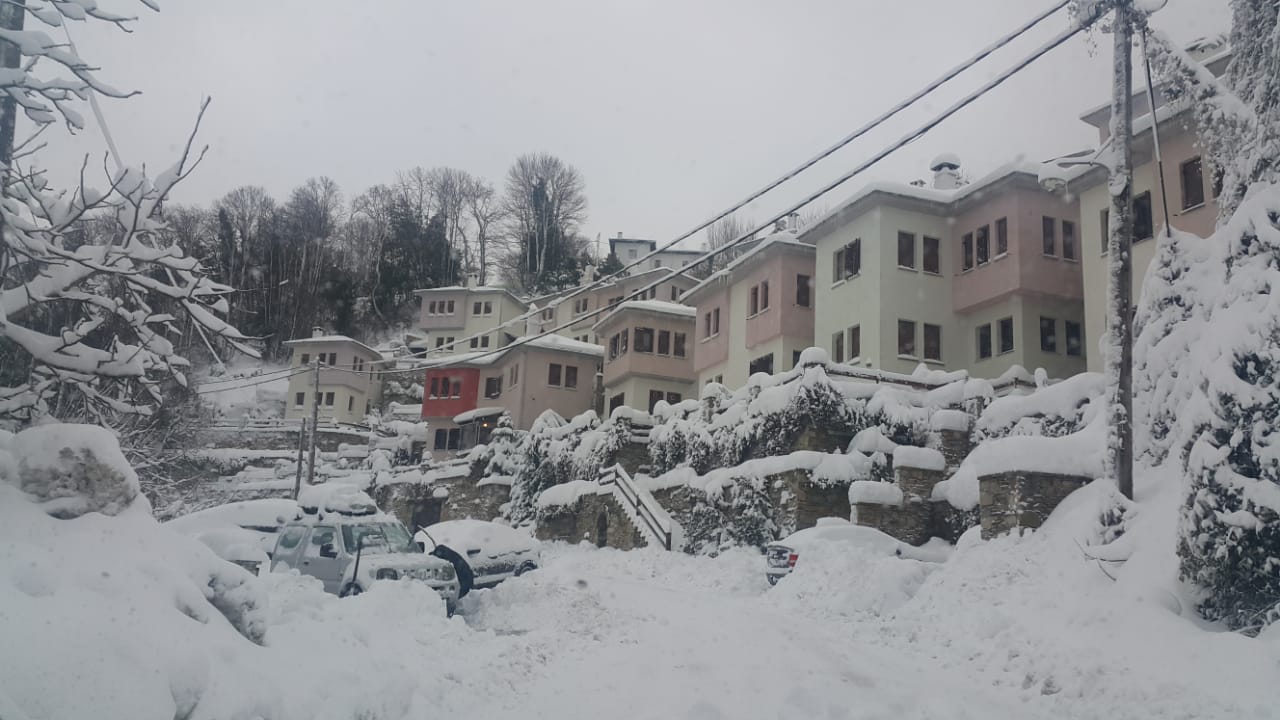 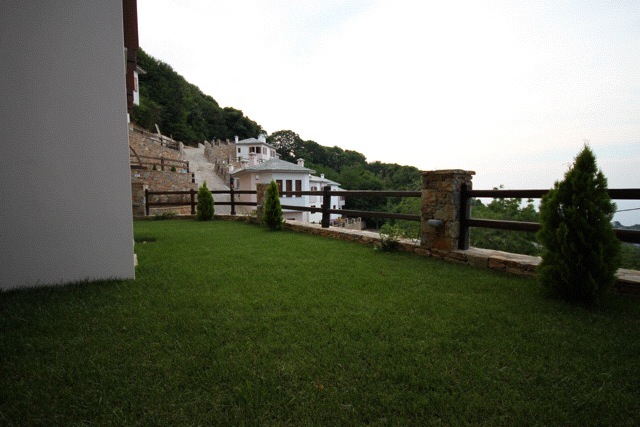 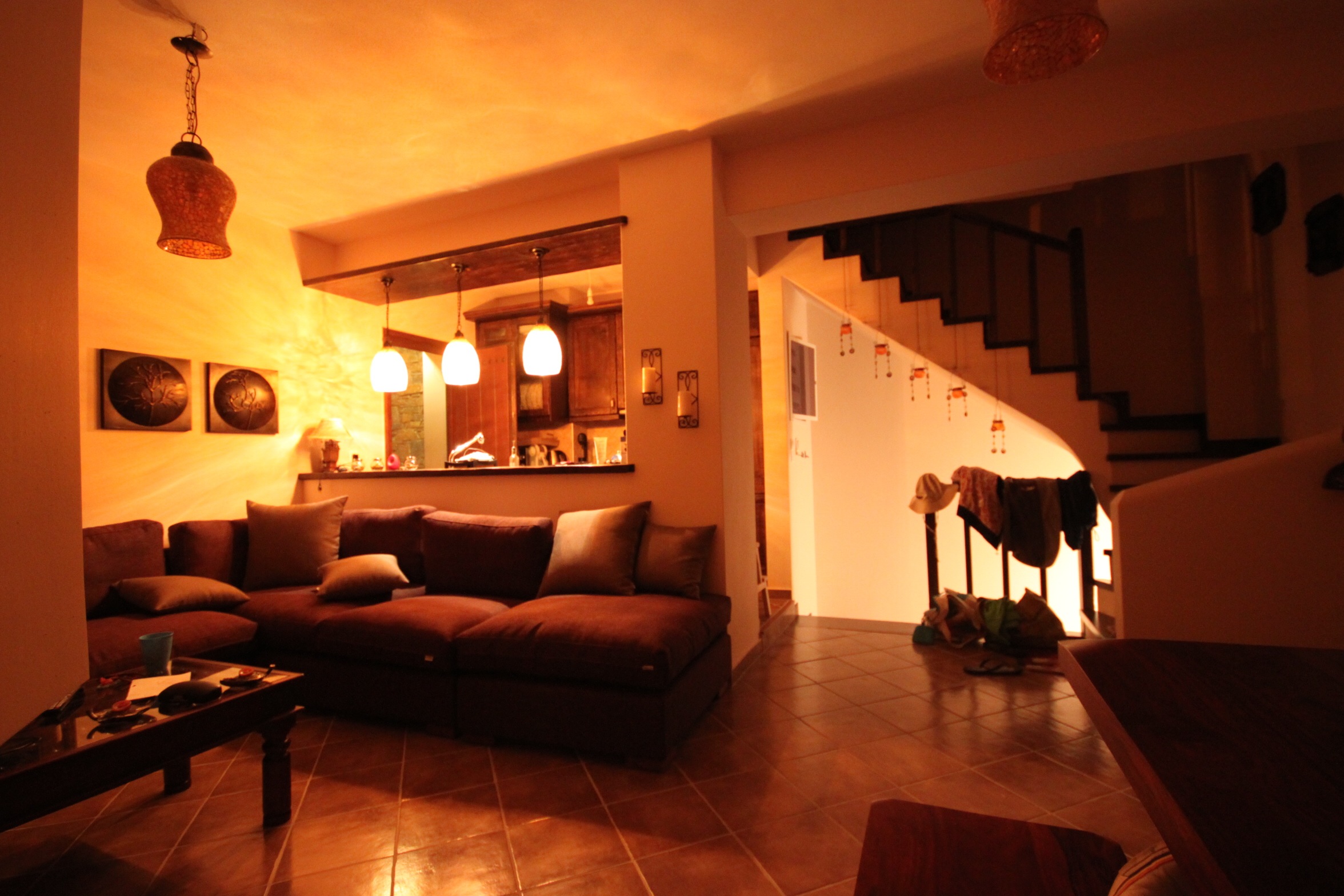 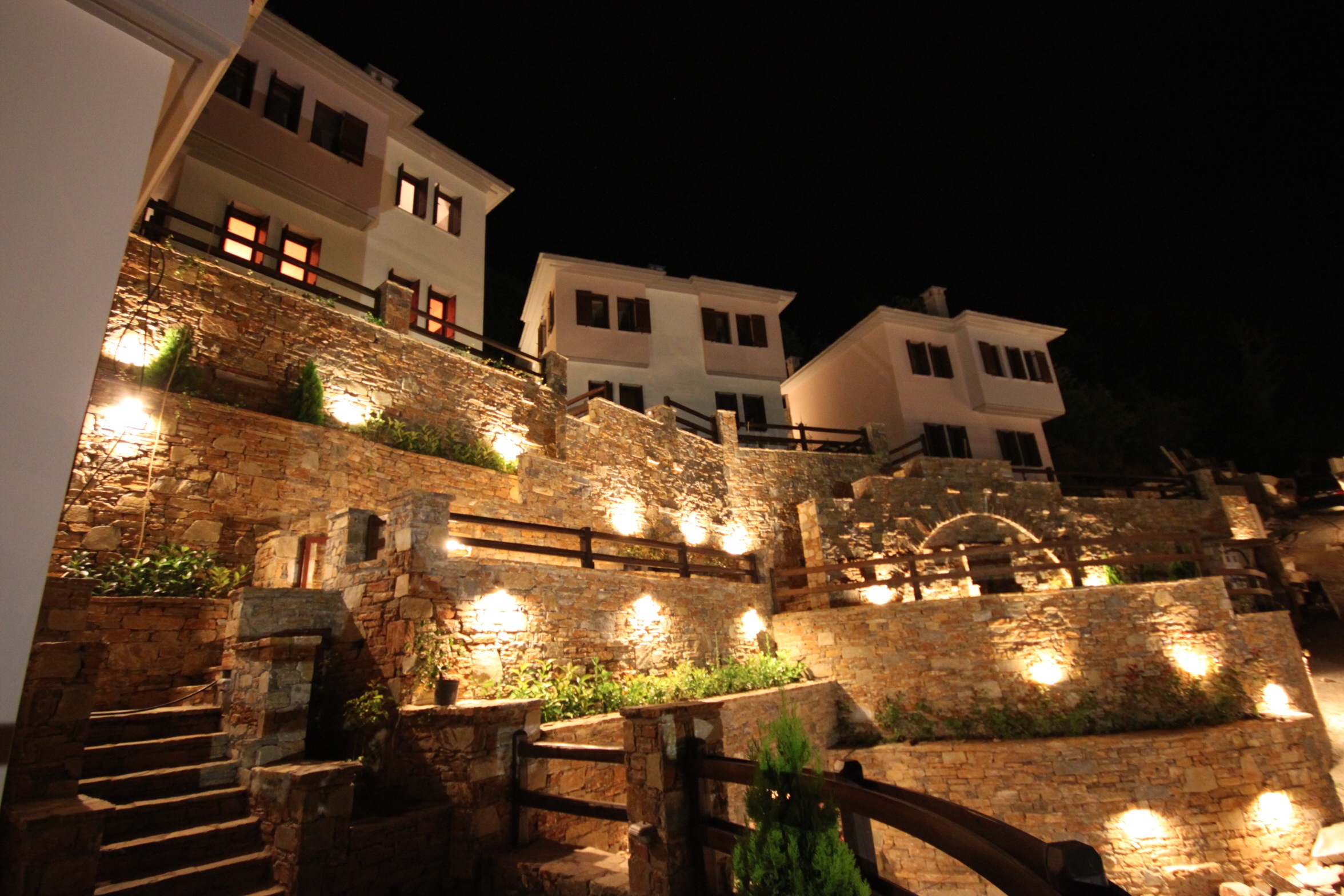 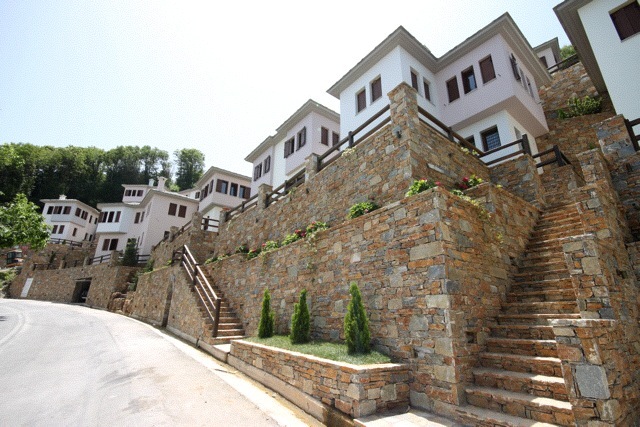 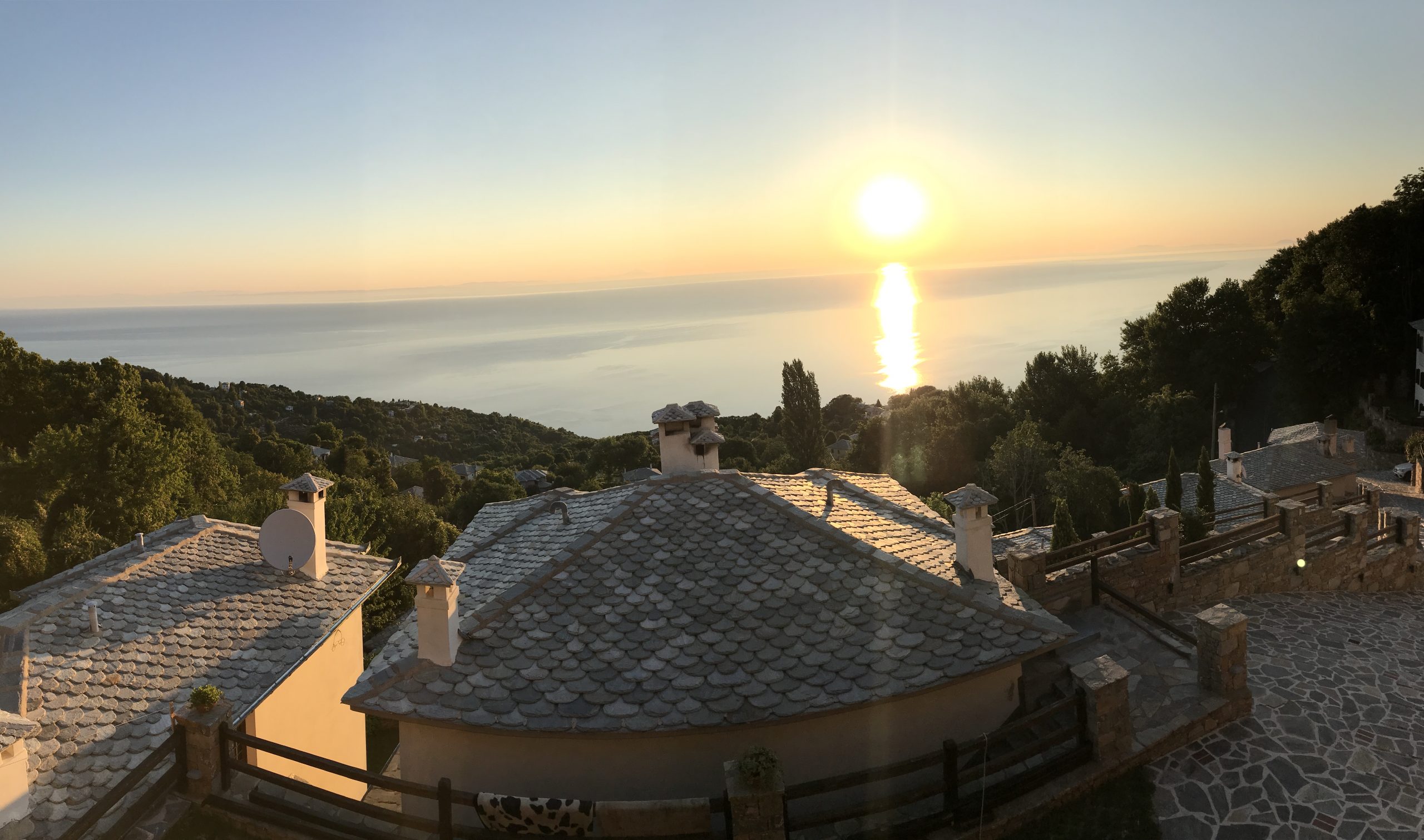 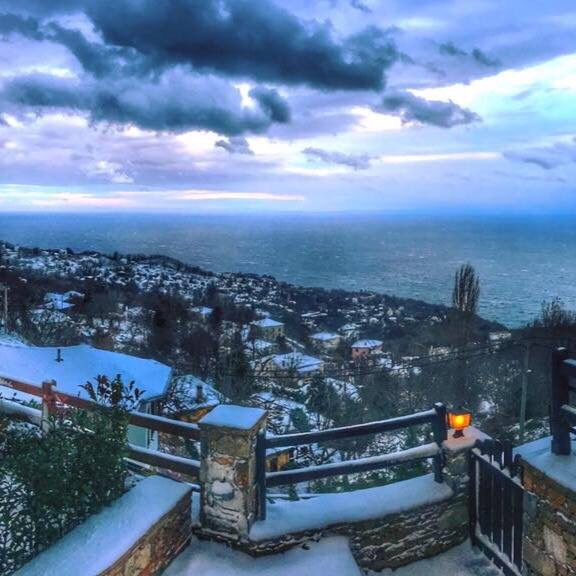 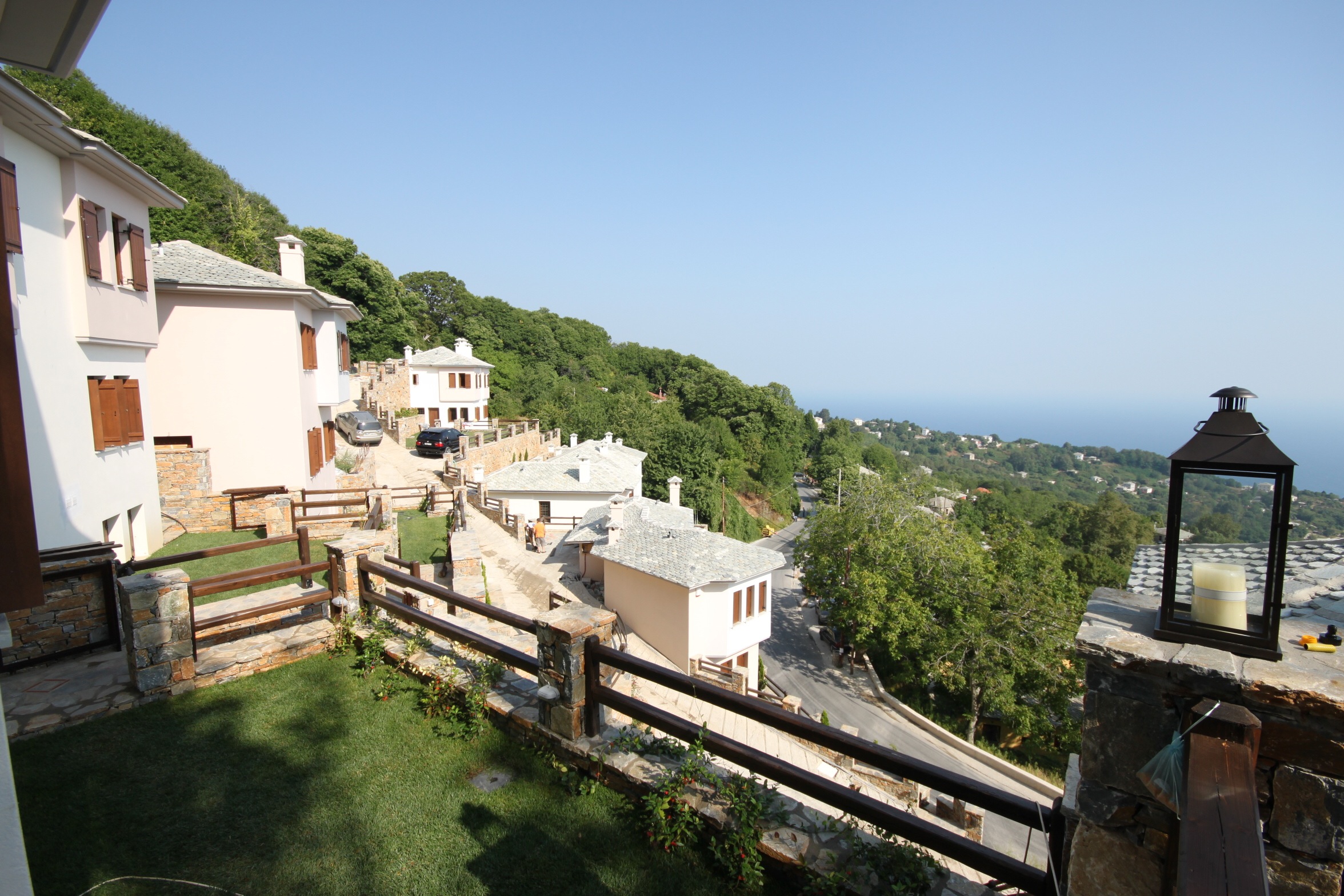 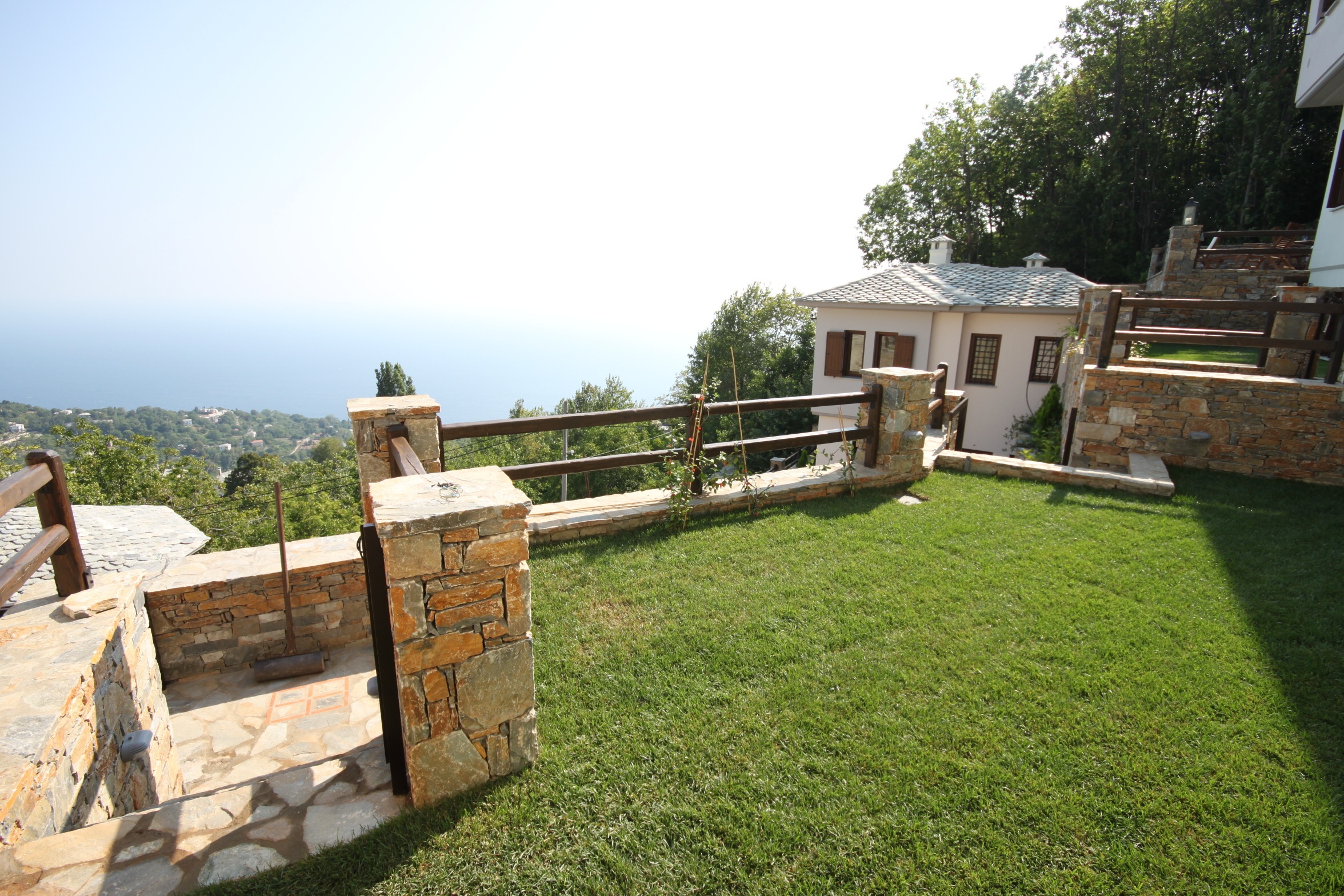 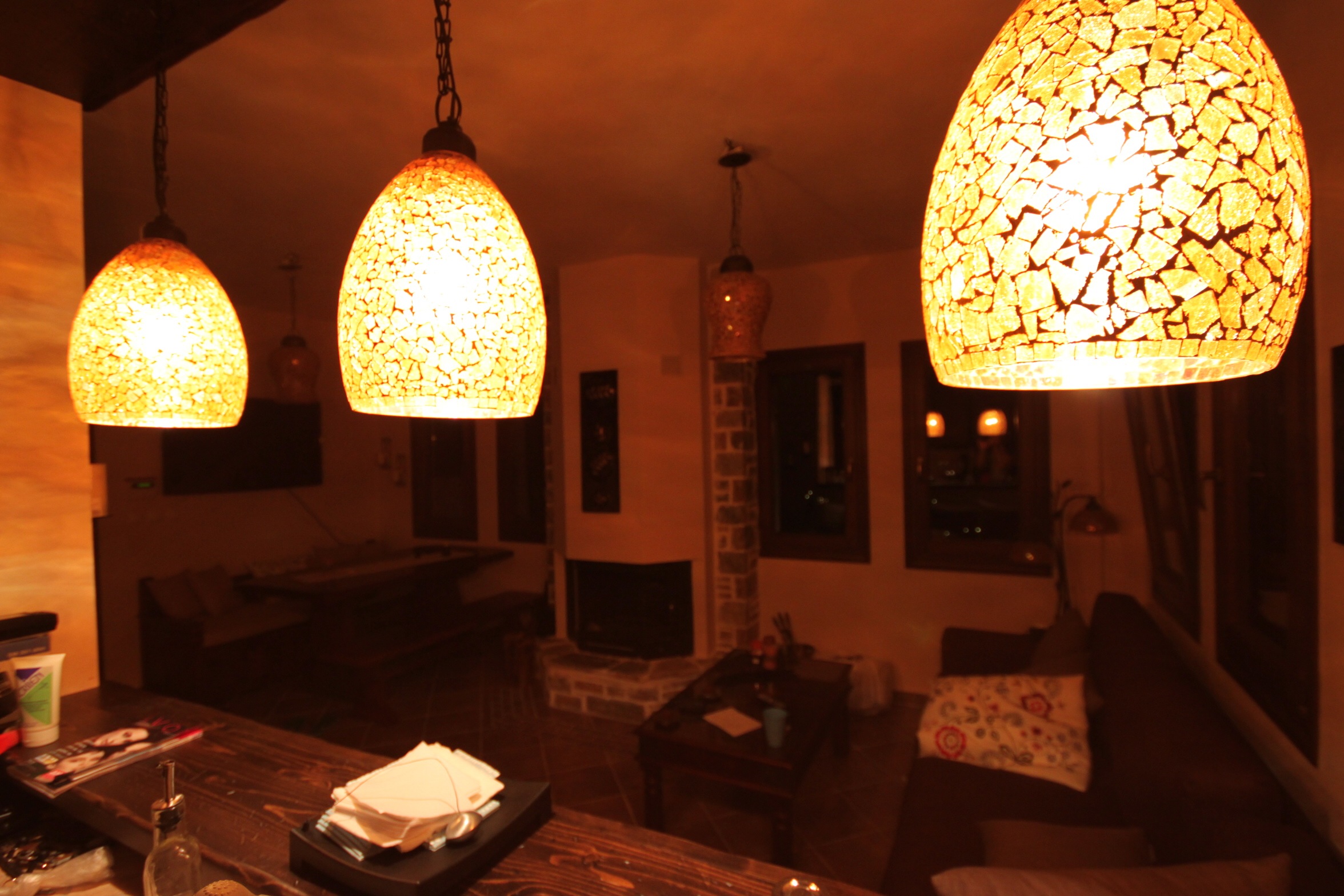 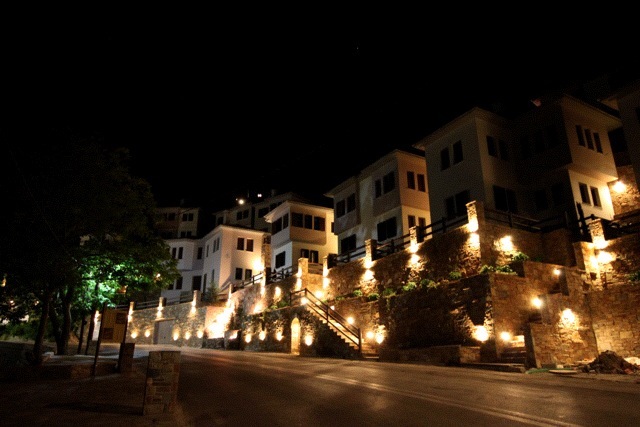 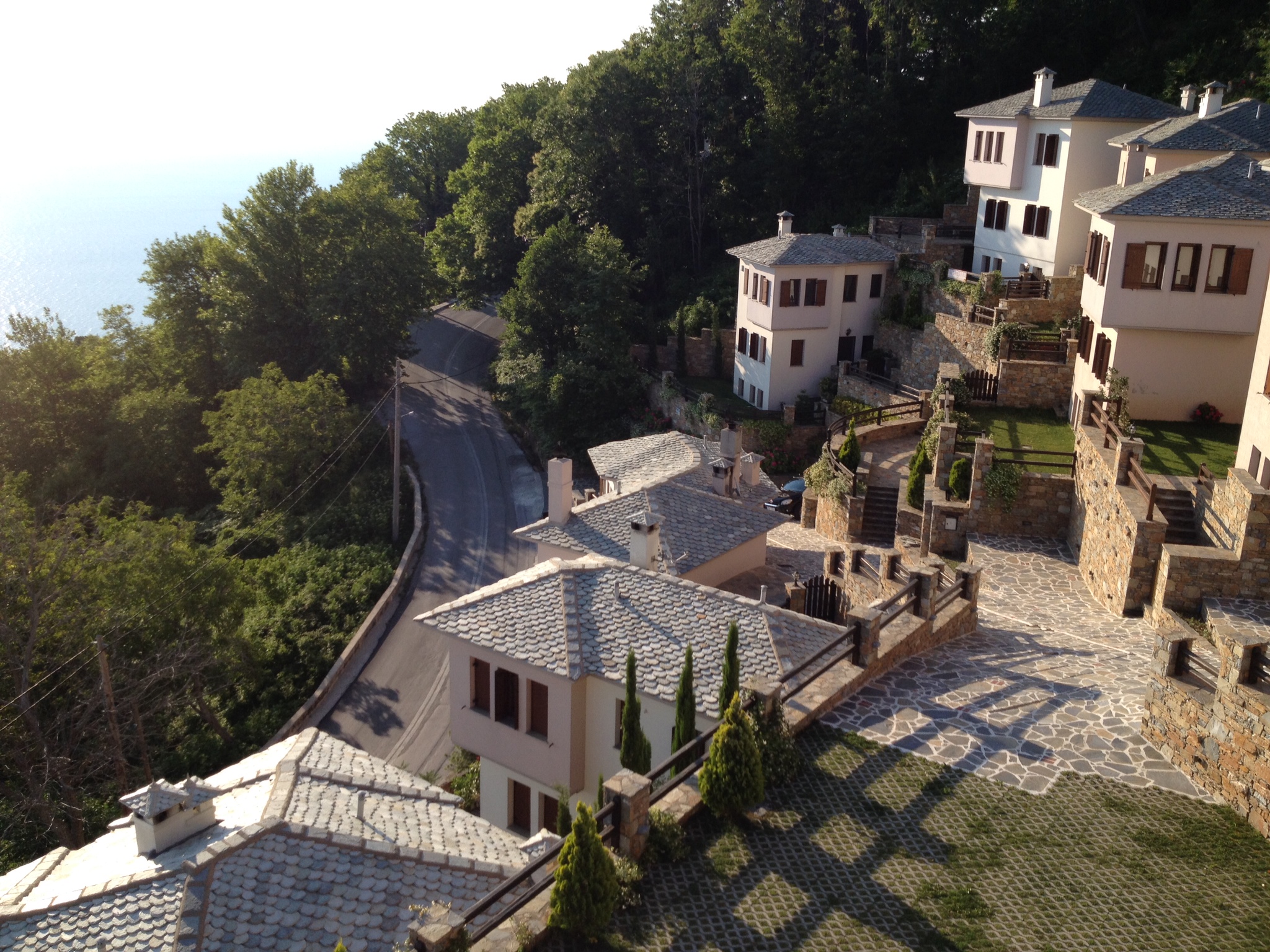 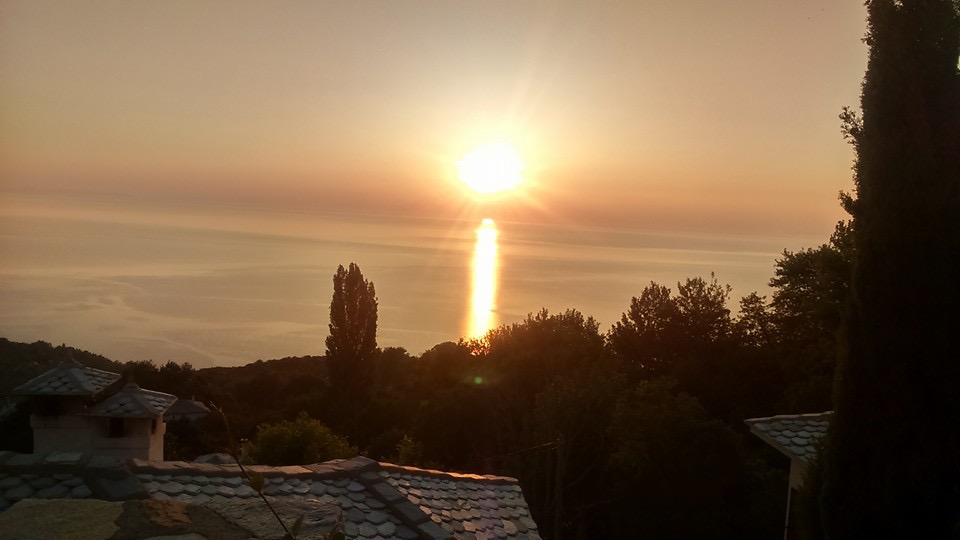 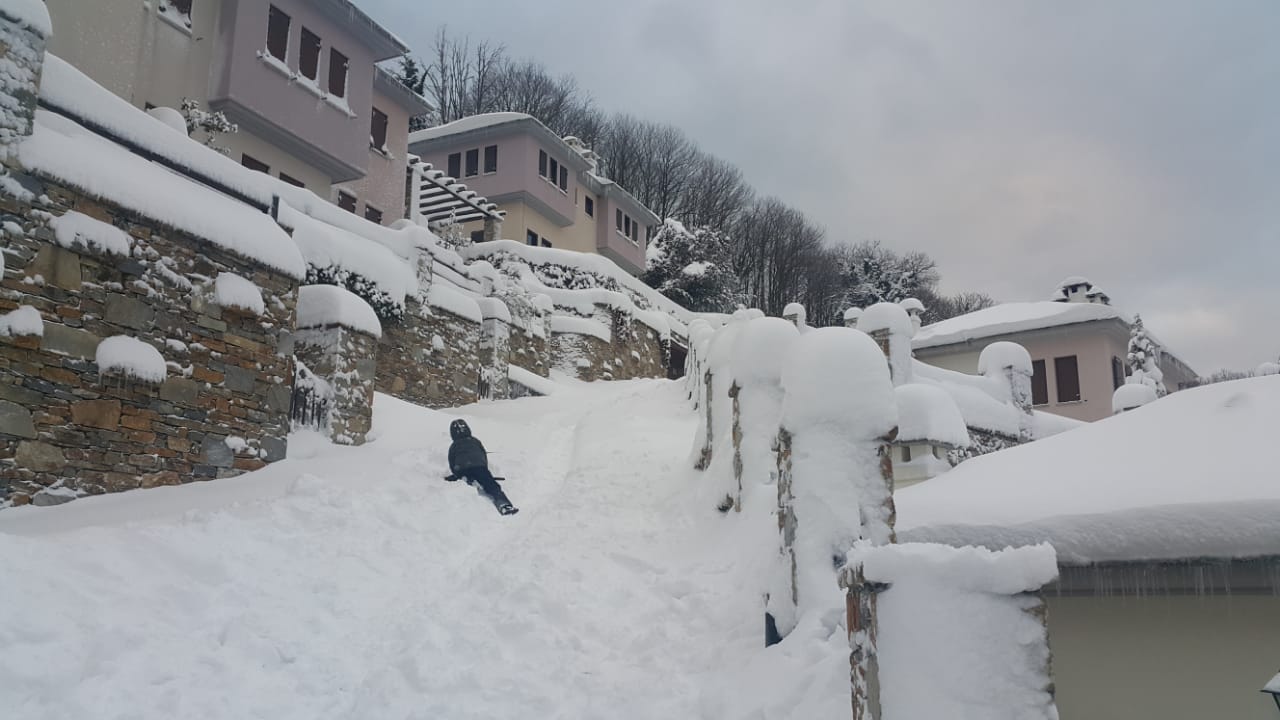 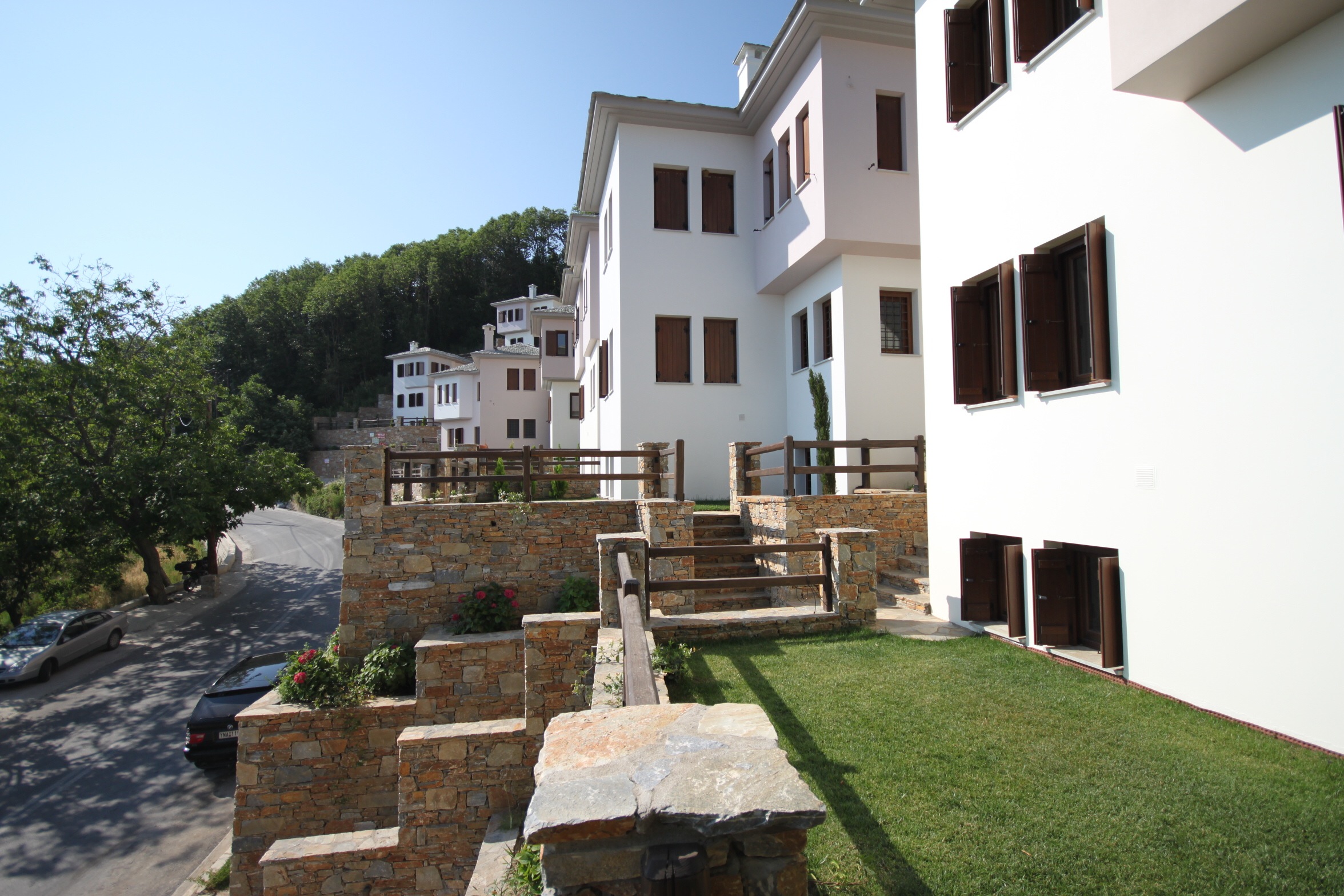 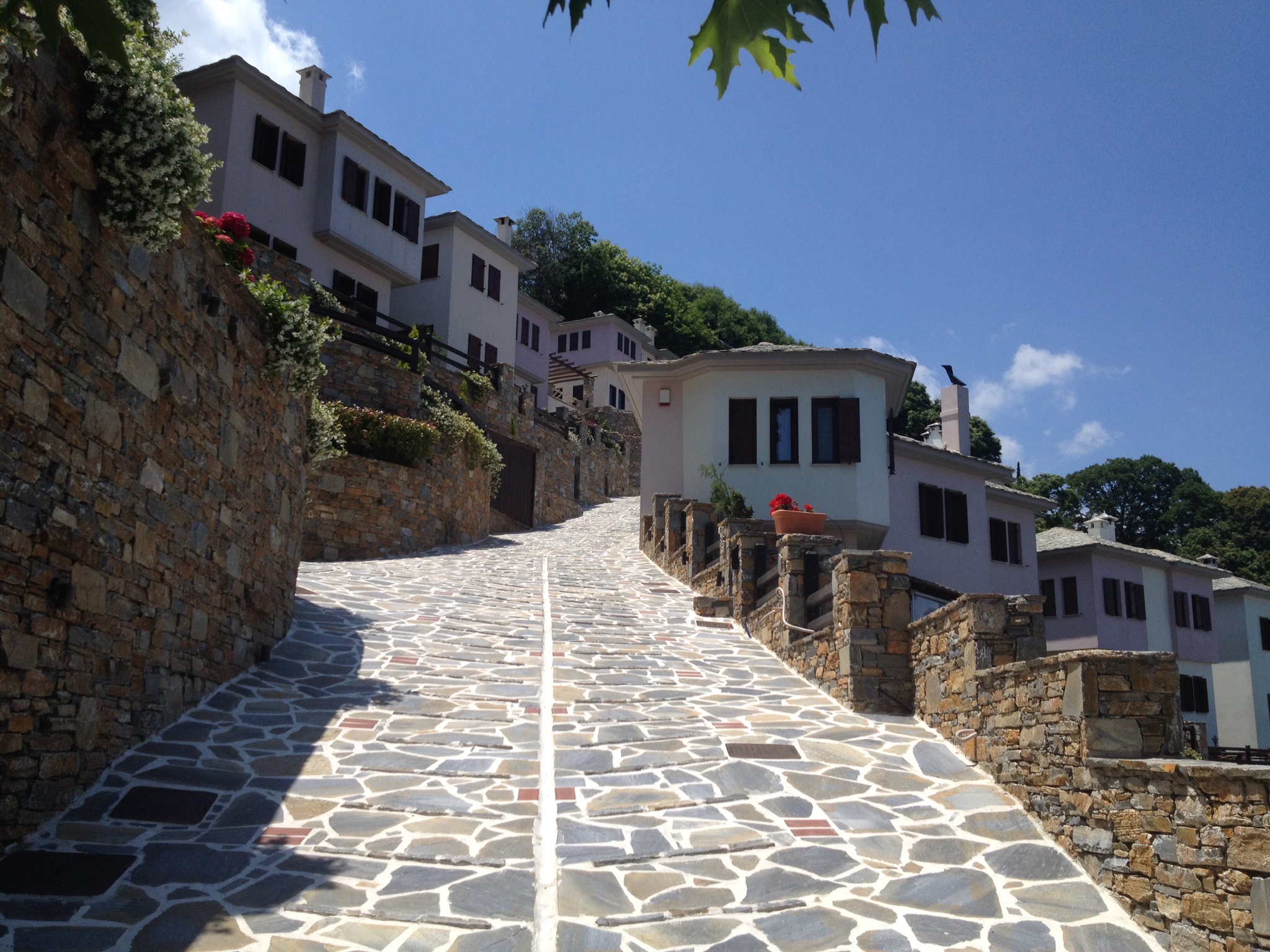 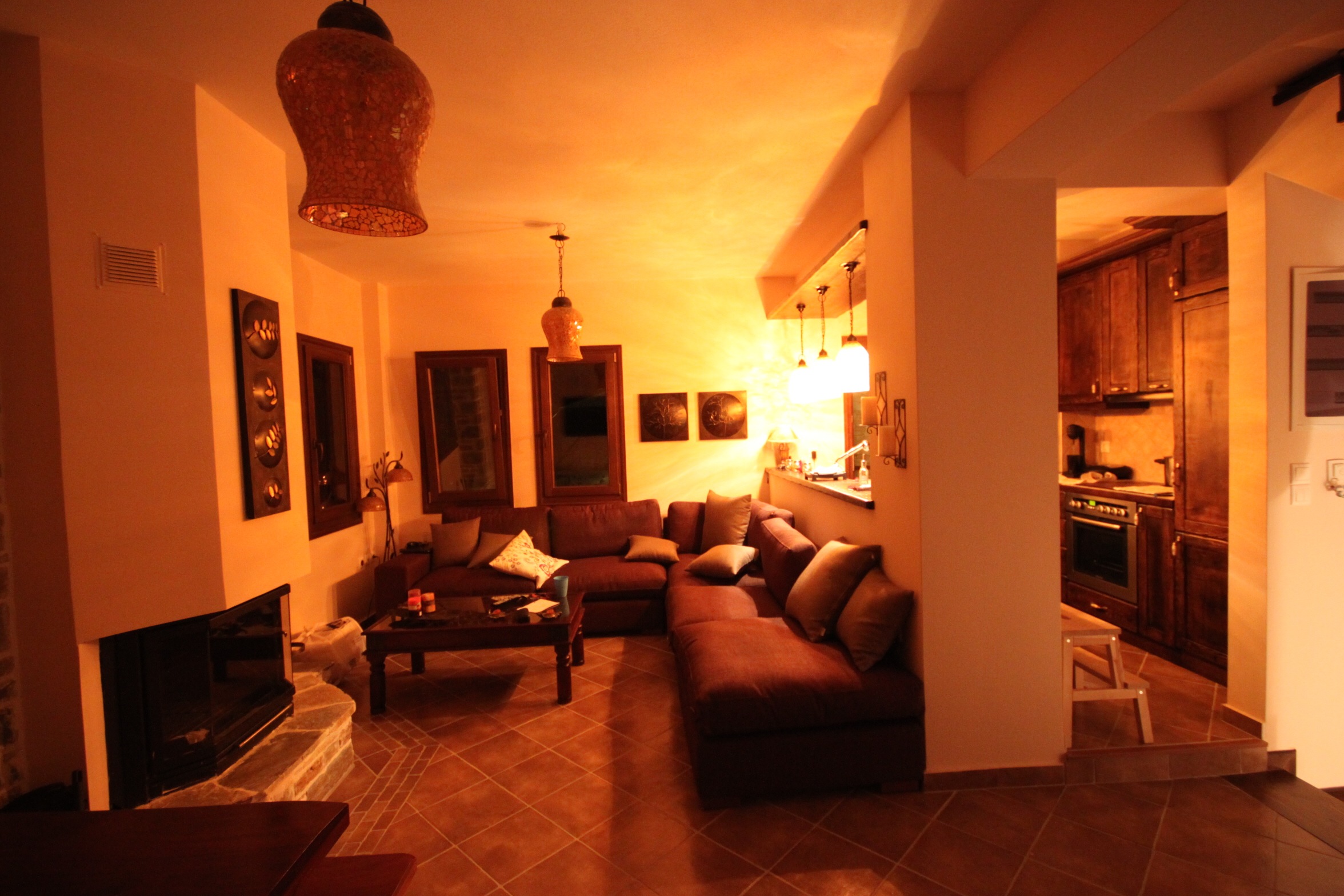 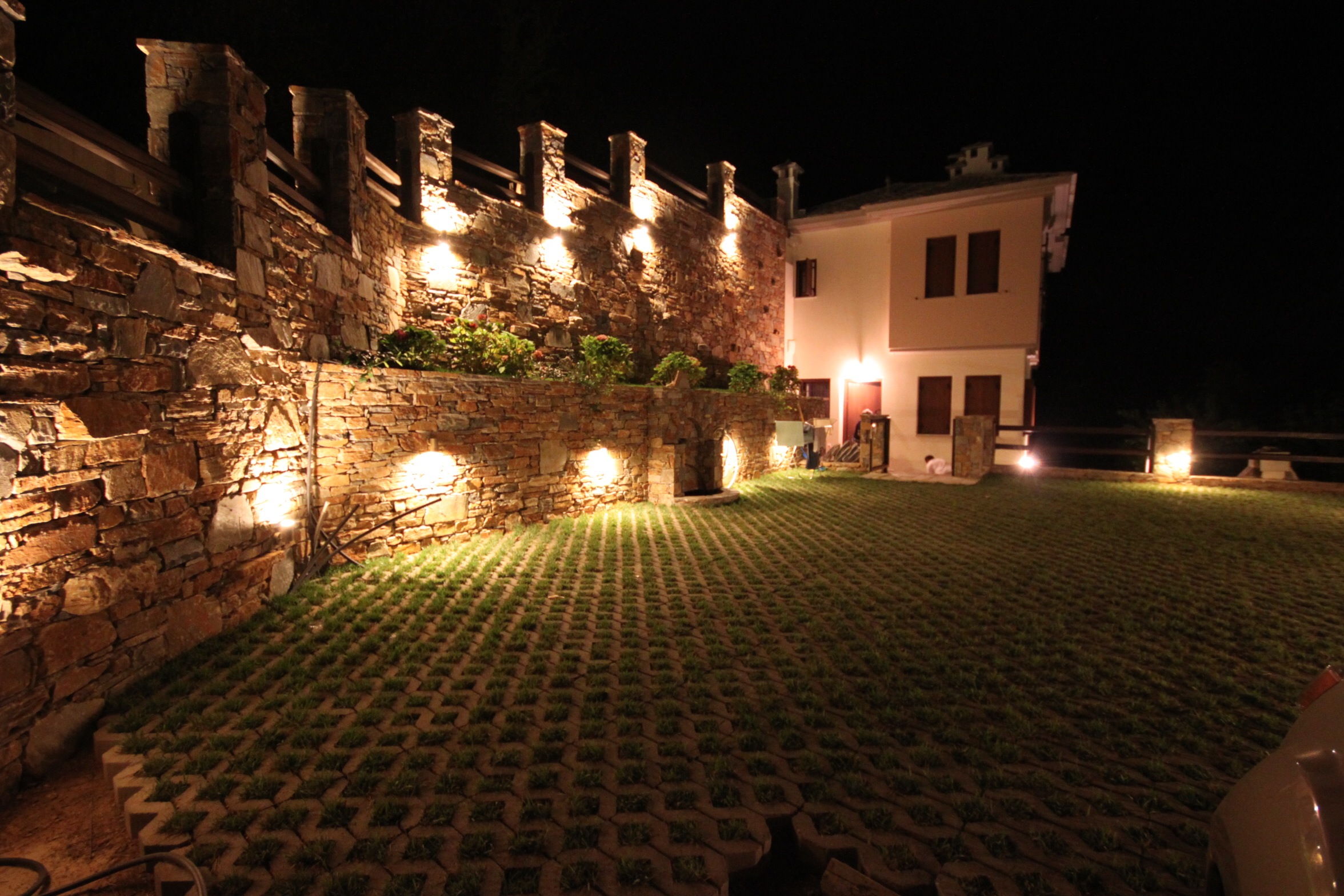